Google Authorship Out of Search, Old Browsers get Old Google and Bing Moves to Close Variants

Posted on September 1, 2014 by marketappeal 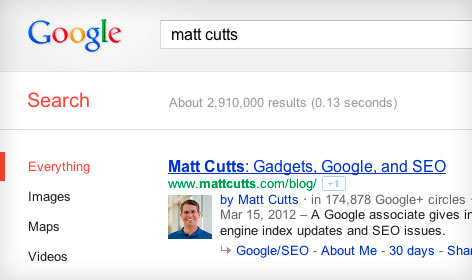 After previously removing author images from search results, Google has now also dropped bylines, removing authorship entirely from search results. This is effectively the end of Google Authorship. Google’s support page simply says, “Authorship markup is no longer supported in web search.” Google’s John Mueller explained that it was a “difficult decision,” but that authorship “isn’t as useful to our users as we’d hoped, and can even distract from those results.” Google are still encouraging webmasters to use rich snippets to improve their presence in search results pages, however.

Last week Google attracted some negative attention after announcing that AdWords users would no longer have the option to turn off close variant keyword matching, so that ads will shown to users who search for plurals or spelling variants, or make typos. Despite the bad press that Google received, Bing have announced that they’re following suit – though in a weaker form. Bing will test including some close variants in ‘exact match’ results, but intend to continue to offer the ability to opt out. Bing say that there will be “extremely high relevancy thresholds,” with the main variants being simply for spelling or grammatical errors.

Google has long pushed for more users to take advantage of modern browsers, and it appears the search giant has found a new way to encourage people to make the upgrade. Users of old versions of some browsers will now be served up the 2013 version of the Google homepage – which lacks a few features – in the hopes of pushing them to switch to a more modern browser. Google explained, “I want to assure you this isn’t a bug, it’s working as intended. We’re continually making improvements to Search, so we can only provide limited support for some outdated browsers. We encourage everyone to make the free upgrade to modern browsers — they’re more secure and provide a better web experience overall.” Despite the change, search results pages remain unaffected.