Right to be Forgotten Should be EU-only, Google Argues 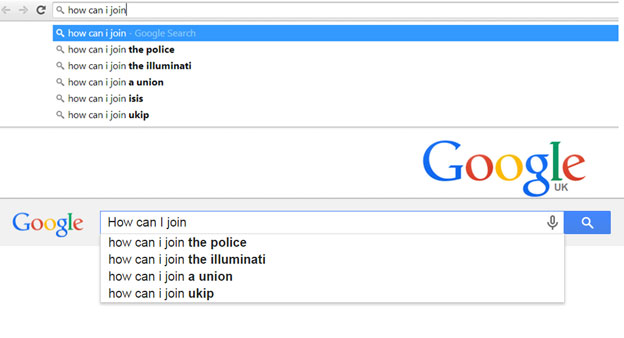 Right to be Forgotten Should be Europe-only, Google Argues

A Google-appointed panel has argued that the European Union’s ruling that people have the “right to be forgotten” should not apply outside of the EU. Google has so far only removed specific search results from nationally-directed versions of Google for EU countries, rather than on other sites including Google.com, but some EU officials are now challenging this interpretation. Wikipedia founder Jimmy Wales was part of the Google panel, argued that “the recommendations to Google… are deeply flawed due to the law itself being deeply flawed.”

Google Removes ‘How can I join ISIS’ from Autosuggest

The BBC has reported that Google has removed ‘How can I join ISIS’ from the Autosuggest options in search after being contacted by the BBC. The search suggestion was reportedly removed in less than 90 minutes after Google were alerted to it. Since Autosuggest options are generated by an algorithm, the presence suggests a high volume of searches for information about the jihadist organisation.

There’s No Whitelist for Panda or Penguin

Google Webmaster Trends Analyst John Mueller has denied the existence of any whitelist to exempt sites from the effects of the Penguin and Panda updates, explaining that it is “not something that that the search quality team would want to do.” The discussion came during a Google+ hangout, in which he admitted that there is a whitelist to exempt some sites inappropriately caught by the SafeSearch algorithm, but nothing equivalent when it comes to search quality. There’s no way of getting around Panda or Penguin for anyone, it seems.

Right to be Forgotten Should be EU-only, Google Argues was last modified: February 13th, 2015 by marketappeal
This entry was posted in Google, SEO resources and tagged Autosuggest, Google, Google Panda, Google Penguin, right to be forgotten. Bookmark the permalink.