Reddit Makes the News, Bing Adds Song Lyrics and Google Penguin is On the Way 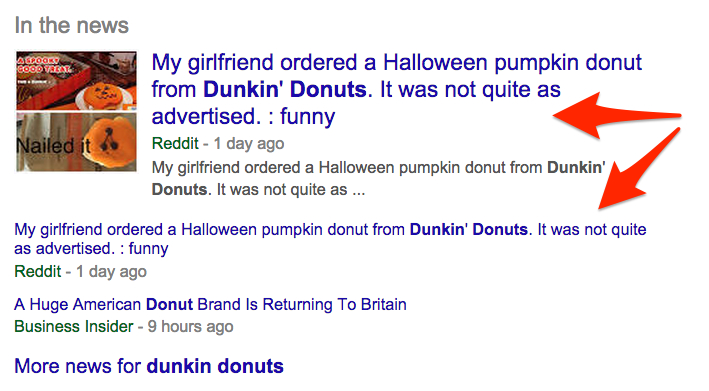 Google has changed the standards for sites to be included in the ‘In the news’ section of some search results, with Reddit notably joining the traditional set of media outlets. A company spokesman told Search Engine Land that they “will be pulling from all over the Web, which means that we will present as diverse a range of voices as possible to ensure we get users the answer they are looking for.” It’s worth noting that while Reddit is appearing in the ‘In the news’ box, Reddit pages are not being included in Google News, which has stricter guidelines for inclusion.

A new update to Bing sees the search engine pull song lyrics directly into search results, according to a company blog post. As they note, the song’s full lyrics are displayed in the main results area, with a sidebar devoted to artist and album info, along with links to buy the song and other related searches. Bing claim that they’ve started with half a million songs, and expect to add more. Search Engine Watch tested the feature, and found that while for some songs the title and the word ‘lyrics’ will bring up the right result, for songs with more common titles the artist name might be needed too.

Google’s Gary Illyes, Webmaster Trends Analyst and Search Quality Engineer, announced at Search Marketing Expo East that Google may be launching a Penguin algorithm update as early as next week. This is expected to be a major update, one that they’ve been working on for a year, though smaller refreshes are expected to be more frequent from now on. Illyes said that the update will be a “delight” for most people, and will make webmasters’ lives “easier for a bit.” Testing issues may see the launch delayed, but if everything runs on time then Google SERPs could be in for a shakeup soon.