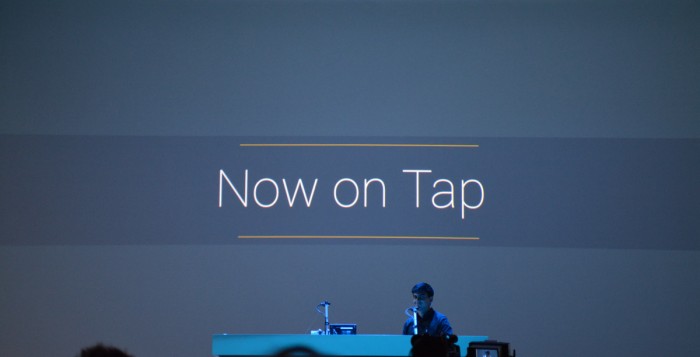 Speaking at Google I/O, the company’s annual conference for developers, Google Now product director Aparna Chennapragada announced Google Now On Tap, a version of Now that is designed to work anywhere on an Android device, even in other apps or mobile browsers. At any time you can hold the Home button to bring up relevant Google Now cards – so while reading an email that mentions a film, the card might include a link to its trailer and IMDB page, while a text about a local restaurant could bring up Yelp reviews. “When you tap and hold on the Home button,” Chennapragada said, “you’re telling Google Now, ‘here’s something I need help with.’”

Google has unveiled a new type of ad campaign called Universal App Campaigns, which automatically reach across Google Search, mobile app network AdMob, sites in the Mobile Display Network and YouTube on iOS and Android devices and the Google Play store on Android. Campaigns can be run and launched through either AdWords or the Google Play Developer Console, and can include four lines of text and videos for YouTube ads, along with location and language targets, budget and bid strategy.

Following the announcement that Google and Twitter would be renewing their lapsed search agreement, tweets for trending topics have now begun appearing in Google search results. The tweets appear in a carousel format above ordinary results, highlighting popular tweets and often including images. Twitter has announced that the terms of the deal don’t involve any direct monetization. Instead, the social network is simply hoping for increased traffic to the site from users clicking through tweets to read more. For the moment, the Twitter results only appear in mobile searches in the U.S., but Google promises that this will expand in the future.