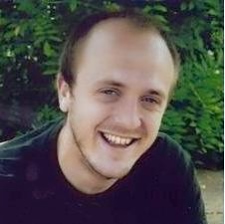 We are shocked and saddened to learn about the untimely death of Laurence Gunn, killed on a crossing late Saturday afternoon 3 Jan 2012 by a 22 year old motorist, after walking his dog on Hampstead Heath, according to a friend with him at the time.

It feels like just a few days ago when in summer 2011 Laurence and I discussed his desire to move from print toward publishing online and to start his own high-end magazine. Laurence decided to leave his digital production job at Incisive Media and join us for three months to assist with online marketing campaigns. His contract was subsequently extended indefinitely, a testament to his amicable attitude, diligent nature and ability to improve everything he touched. Thanks to Laurence our presentations are prettier, copywriters better briefed and logo’s more iconic.

Laurence didn’t just work for Market Appeal. He’d been a friend for over a decade. We first met when he joined a band with Andy Berg at Southampton University. Then, in 2009, he was Best Man at Andy’s wedding, giving a speech as heartfelt as any.

Laurence made an impression on everyone he met. Even friends who had only met him a couple of times have asked to attend his funeral – or ‘celebration of his life’, as his family would like it to be known. He was never overtly religious, but always came across as someone with a generous heart and strong moral values.

Rather than splashing out on extravagant cards and ostentatious decoration, Laurence encouraged his family to celebrate his birthdays by planting trees and spending time with each other and nature. So, rather than sending large cards or cut flowers, please commemorate him by sending modest condolence cards to his family and planting a small tree, or sending them donations so that they may do the same.

Laurence recently started a health and fitness blog bitfit.org, as stepping stone towards grander plans. Its headline “Do what you love.” is a fitting epitaph, and how he’d want us to live.